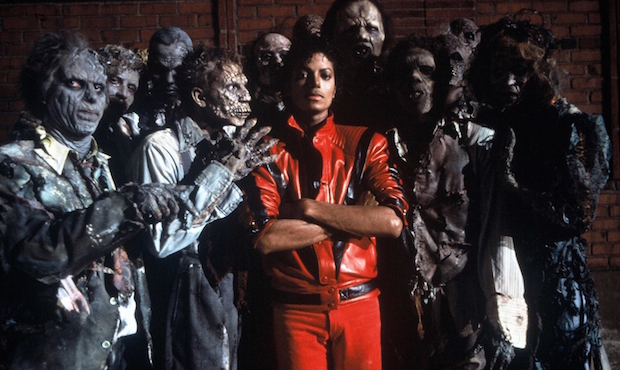 Jackson reigns as the best-selling artist of all time, totaling over 100 million in sales for “Thriller” worldwide and one billion total in sales to his credit.

“RIAA has awarded Gold & Platinum records on behalf of the music business for nearly 60 years, but this is the first time an artist has crossed the 30X multi-Platinum plateau,” RIAA Chairman and CEO Cary Sherman said in a statement. “We are honored to celebrate the unique status of ‘Thriller’ in Gold & Platinum history. What an exceptional achievement and testament to ‘Thriller’s’ enduring spot in our hearts and musical history.”

“100 million albums and counting; there has never been a phenomenon like ‘Thriller,’” John Branca and John McClain, co-executors of the Estate of Michael Jackson, said in a joint statement. “Michael opened the floodgates of his creativity, explored emotional depths and pushed the boundaries of sonic innovation. In the process, he breached destructive barriers in the music industry and literally united the world through his music: there isn’t a place on this planet that hasn’t been exhilarated by the music of Michael Jackson. Thirty years after its release, ‘Thriller’ continues to be a revelation.”

At the 26th annual Grammy awards in 1984, Jackson nabbed eight wins, including album of the year and record of the year for “Beat It.” Guinness World Records recognizes “Thriller” as the world’s best-selling album of all time.