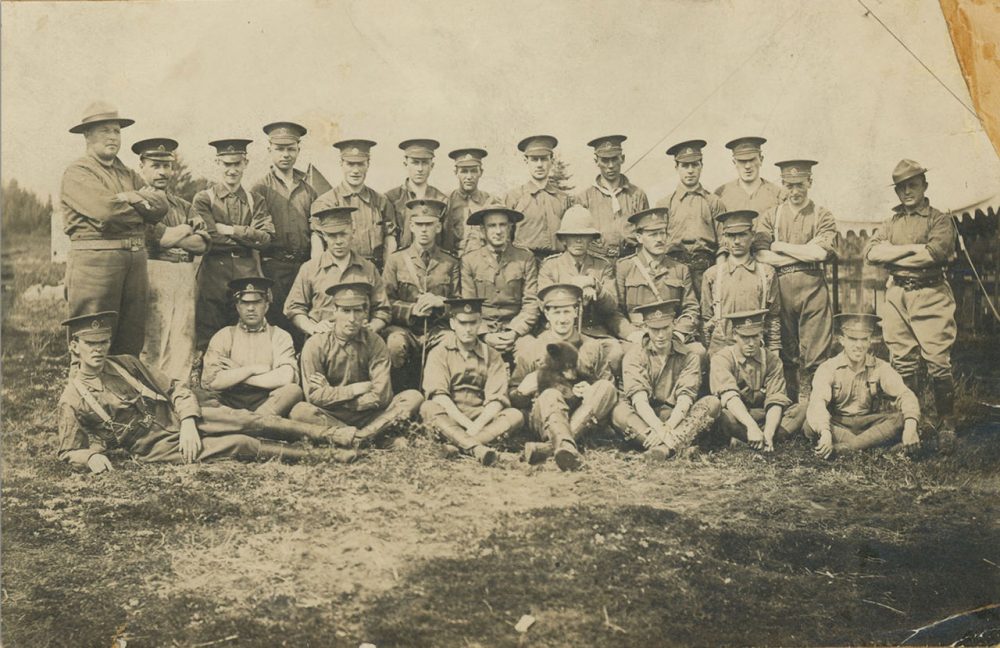 Lindsay Mattick’s great-grandfather was on his way to fight in World War I when he bought a bear cub he named Winnie, inspiring author A.A. Milne to create the timeless character Winnie-the-Pooh. Now, Mattick has written a new children’s book chronicling the real-life story behind the bear.

Mattick, 37, wanted to tell her young son the peculiar tale and wrote “Finding Winnie: The Story of the Real Bear Who Inspired Winnie-the-Pooh.” The book was published in November — just weeks before the 90th anniversary on Thursday of the first time Milne used the name Winnie-the-Pooh in print.

“‘Finding Winnie’ is a story that I have had in my head for a long time,” Mattick told The Associated Press with a warm smile that reveals her passion for this very personal project. “I thought a picture book would be an amazing way to share my incredible family story with my child.”

The family history goes like this: Her great-grandfather, Lt. Harry Colebourn of Canada, bought an American black bear cub from a hunter while Colebourn was on his way to fight in World War I in 1914. Colebourn, a veterinarian, raised the female bear and named her after his home city, Winnipeg — or Winnie for short. He took Winnie on the long journey by train and ship to his training camp in England.

The story came to light in the late 1980s, when another regiment was incorrectly linked to the bear, which by then had been made famous by Milne’s classic childhood tales. Mattick’s grandfather wanted to set the record straight.

“He said, ‘No, actually that was my Dad’s bear, that was his pet,’ and at that point, he pulled out his father’s diaries and photographs from the war, and started to really share the story publicly,” Mattick said.

She is now retelling the story for a new generation. Taking inspiration from her family’s archive of photos of Colebourn and Winnie, Mattick teamed up with illustrator Sophie Blackall to create historically accurate drawings that capture the rare bond between the soldier and the bear cub.

But a war zone is no place for a pet. So when Colebourn was sent to the front lines in France, he left Winnie in the care of London Zoo.

Visitors quickly saw that this bear was unusually gentle and kind — qualities later reflected in Milne’s writings. Children were even allowed into her enclosure, something no zoo would consider today.

“She became a star attraction,” Mattick said. “She had a lot of visitors because of her very friendly and well-trained nature.”

Christopher Robin Milne, a young visitor who forged a friendship with the bear, loved her so much that he re-christened his own teddy Winnie-the-Pooh. The name “Pooh” comes from a swan also named by Christopher Robin.

The boy’s father, A.A. Milne, first published a story about a boy named Christopher Robin and his stuffed bear Winnie-the-Pooh in the London Evening News on Christmas Eve in 1925.

Winnie-the-Pooh was first published as a book in October 1926 and A.A. Milne wrote several other stories and poems about Christopher Robin and his bear’s adventures. The books and illustrations have been treasured by children — and their parents — for generations.

Colebourn survived the war. But, as he returned to Canada, he felt that Winnie was so settled at the zoo that he left her there, where she remained a favorite with visitors until her death in 1934.