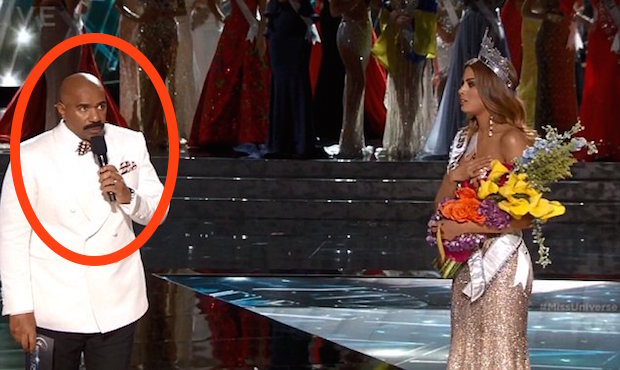 Steve Harvey has made a mistake — a very big mistake.

“Okay, folks,” he explained. “I have to apologize. The first runner-up is Colombia.”

Harvey then announced that Wurtzbach was, in fact, the winner, and the camera then panned to the contestant, who looked visibly shocked after seeing Gutierrez’s celebration. The awkward moment was broadcast live on Fox, over several different countries.

Harvey went on to say sorry on his Twitter, writing, “I’d like to apologize wholeheartedly to Miss Colombia & Miss Philippines for my huge mistake. I feel terrible. Secondly, I’d like to apologize to the viewers at that I disappointed as well. Again it was an honest mistake.”

“I don’t want to take away from this amazing night and pageant,” he went on. “As well as the wonderful contestants. They were all amazing.”

He tweeted a similar apology earlier, but misspelled the names of both countries, so the message was quickly deleted.